Sony’s getting into the “drone” business, but they won’t sell you one

Hydrogen full-cell powered quad flies for up to 4 hours

DJI Valued at $10 billion after raising $75 million in funding

It seems like Drone racing is on its way to becoming a legitimate sport, or at least more mainstream. The Wall Street Journal reports that the owner of the Miami Dolphins, Stephen Ross, invested $1M in The Drone Racing League.

RSE Ventures, a venture-capital firm co-founded by Mr. Ross, is providing $1 million to the first round of funding for the Drone Racing League, a New York startup that is planning its first public race later this year. The League intends to make money through sponsorships, media and ticket sales.

One of the challenges, is to provide spectators with live streams and more data, but it seems like they’ve got that pretty much figured out, from The Verge:

The firm has already developed a service named FanVision that gives NASCAR spectators access to live video feeds from race cars on their smartphones. Using this technology to offer drone racing fans access to pilots’ video feeds could help the would-be sport attract interest on the ground, as well as online.

What do you think? Do you think this will help change people’s perceptions about drones? What about the legal aspect? It will be interesting to see how this all pans out.

A speaker might be more effective than a bullet

Researchers in Korea have developed a method to throw off the gyroscopes that keep a multirotor in the air using sound waves. From ComputerWorld:

Researchers at the Korea Advanced Institute of Science and Technology (KAIST) in Daejon, South Korea, analyzed the effects of resonance on a crucial component of a drone, its gyroscope. Their paper will be presented next week at the 24th USENIX Security Symposium in Washington, D.C.

A gyroscope keeps a drone balanced, providing information on its tilt, orientation and rotation, allowing for micro-adjustments that keep it aloft. Hobbyist and some commercial drones use inexpensive gyroscopes that are designed as integrated circuit packages.

The team has been performing small scale experiments and have the able to disrupt the flight of a quadcopter using a speaker at a distance of 40 meters, or about 130.

Based on this research and experimentation, in the future, we might be able to keep pesky “drones” out of sensitive, private or secure areas using soundwaves. Head on over to ComputerWorld Australia for the full article.

Sounds can knock drones out of the sky – Computerworld.

Drones and Aerial Operations: an Ebook

It is a very interesting and that seems to want to prove that UAV technology can be used for better causes than what the media seems to be focusing on, invasion of privacy, shooting guns and interfering with wildfires. Highly recommended.

Sony’s getting into the “drone” business, but they won’t sell you one

A bunch of media outlets are reporting that Sony is getting into the drone business, but they won’t be competing with DJI or 3D Robotics; they’ve co-founded a company that will use drones to collect data and beyond. From The Guardian:

Sony is launching a company to produce camera drones in a partnership with the autonomous driving startup ZMP.

The new drone manufacturer, Aerosense, will use Sony’s imaging, sensing and networking technology from its smartphone range to create aerial surveillance and reconnaissance drones for businesses.

ZMP will provide the robotics expertise to make them fly. Sony will not sell drones but will lease them for “measuring, surveying, observing, and inspecting”.

The picture all the outlets are using (we’re using it here as well) is a bit deceiving, it seems like Sony is about to start selling a flying wing of some type, but Sony is looking way beyond, skipping the consumer market and going after businesses. From The Wall Street Journal:

“We’re looking to explore new opportunities beyond our core consumer portfolio in enterprise markets,” said Hiroki Totoki, head of Sony’s smartphone unit, which is providing resources for the drone venture. “The key to driving growth in these areas will be adapting Sony’s innovation in various technologies,”

Its an exciting future. Let’s wait and see what kind of cool applications Aerosense develops using these advanced sensor and emerging technologies.

The potential of UAVs

It seems like the media love to focus on how “drones” will start delivering our Amazon Prime packages in the future (and others discuss the legality of shooting a drone that flies over their property) but there are many other reasons why the emerging UAV technology will improve many aspects of our lives. Faine Greenwood over at Slate, discusses why the media is so focused on deliveries:

Both the general public and defense analysts need to be careful about focusing on blue-sky ideas about package delivery and weapons-packing drones to the exclusion of imagining what impact democratized aerial data may have on our societies and our security. Drones are doing all kinds of handy things for humanity, even in the infancy of the technology. They’re being used to protect indigenous land rights, improve agricultural yields, create impressive works of video art, and more, and these applications are only going to expand in the very near future.

Head on over to Slate to read the entire, well-though our article. It will open your eyes.

The State of UAVs – Drone Report from RedShark News

Online publication RedShark News, that has a comprehensive report on the state of UAVs, in the framework of aerial photography and videography. The article discusses the latest offering from 3DR, DJI, ICAM and FreeFly.

I have been to several conferences in just the last four months, seeing a new drone at every one of them. This weekend, I attended the Nua.io Drones, Data X Conference in Santa Cruz, California. It was held directly after the SUAS News Conference in San Francisco and included many of the same companies, products and services.

Check out the full article, on the link below. 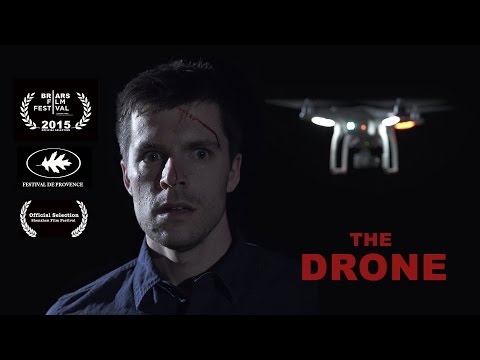 Check out this trailer for a short film featuring a killer DJI Phantom. And you thought that updating the firmware will fix it, huh?

Alsok, a Japanese company, also known as Sohgo Security Services, is developing a service that can detect incoming multirotors in the sky using their sound signature. This comes after a multirotor landed on Japan’s prime minister’s roof in April.

For this service, Alsok will use U.S.-made audio sensors that can capture sounds within a radius of 150 meters. For a building the size of the prime minister’s office, three of the sensors will be able to cover the entire area.

When the audio sensors pick up sounds, the system checks a database of audio fingerprints to determine if a drone has approached and to identify the type of drone. For added precision, image sensors can capture the shape of the drone. A warning is then sent to security personnel.

Their services is set to cost a couple of thousand dollars a month, but that is cheaper than using human eyes and ears to detect incoming “drones”. The question is, once it is detected, how will security handle these “threats”?

Hydrogen full-cell powered quad flies for up to 4 hours

Horizon Unmanned Systems, a company based in Singapore, just announced a new type of quadcopter that runs on hydrogen instead of regular old lipos (lithium polymer batteries). The Hycopter uses a fuel cell to convert hydrogen into electricity and they claim that it can fly for up to 4 hours on a single charge of hydrogen gas. The tanks a built-into the frame and the fuel cell can be shifted to accomodate up to 1 kg of cargo, with a reduced flight time of 150 minutes.

Unlike any other rotorcraft, HYCOPTER makes use of its frame structure to store energy in the form of hydrogen instead of air, eliminating energy storage weight. With less lift power required, HYCOPTER’s ultra-light fuel cell turns the hydrogen in its frame into electricity to power its rotors.

This technology sounds great but I would like to see an actual demos and not just a WIX-powered website and a PDF. Check out their website for the full details.

DJI Valued at $10 billion after raising $75 million in funding

The world’s most popular “drone” manufacturer, DJI, has raised $75 in venture funding from Accel Partners, which values the company at a cool $10 billion. They are also projected to generate $1 billion in revenue this year, which is about twice what they made last year. DJI will use this funding to expand their vision: at the moment they are known for aerial photography and videography, but they want to get into other areas:

DJI had been a vertical company making drones for aerial photography and video, but the company hopes to use this funding to change that. “We aspire for DJI to offer a platform for unbounded creativity and exploration across areas as diverse as filmmaking, agriculture, conservation, search and rescue, energy infrastructure, mapping, and more,” said Wang.

DJI just started shipping their latest platform, the Phantom 3 and the Inspire seems to be getting more popular every day. This makes me excited about the future of UAVs: DJI is a huge player and this will only push innovation and the potential for UAV platforms.

Drone maker DJI nabs $75 million in funding at a $10 billion valuation | The Verge.